I have a bit of a cold. So I forced myself to do yoga, but I felt like setting my habit was important. I took it fairly easy, but that effort was enough that it took awhile before I eventually forced myself out of my house after an epic amount of puttering.

I brought back a few supplies to my studio and found time to draw out a new composition before I went to the oral surgeon appointment. I usually just sketch out compositions with paint, but today I used a sharpie. I surprise myself sometimes.

I took the train back and forth so my oral surgeon could poke around my implant for a total of 1.2 min. He gave me an a-ok and encouraged me to review him on Yelp. meh, maybe? So 5min waiting for the surgeon. 2min with surgeon. 60min on train to and from. 15min walking around Macy’s because I was early. It was so beautiful out, I minded nothing.

I came back after oral surgeon and did quite a bit more work but forgot to take a picture. Somewhere in the building a woman auditioned for a dramatic part. She sounded ok, but very much like a theatrical reading not like words she was saying. The guys auditioning her laughed nervously a lot, but everybody felt good about it I suppose. 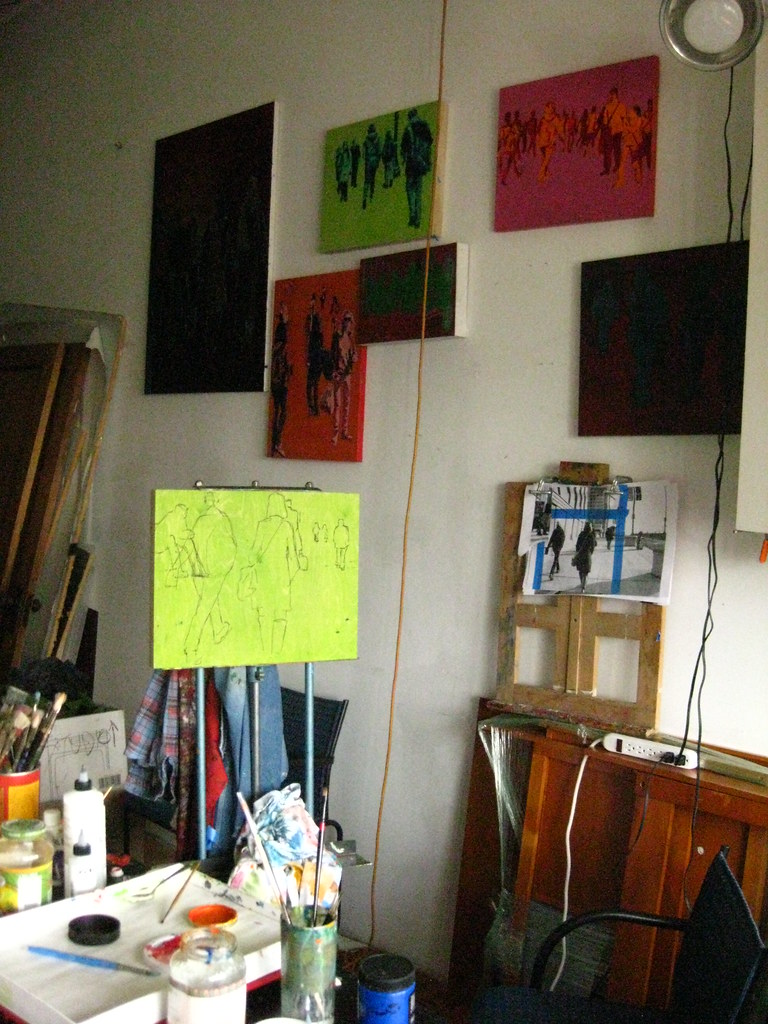 Tomorrow I don’t have any dates so I expect it to be one long studio day. We’ll see.